Galaxy M21, which is also mentioned in the list of Samsung phones that will receive Android 12, got the new update this week.

Android 12, whose stable version was released towards the end of last year, first came to Pixel models as per Google’s policy. After that, other manufacturers started sending the Android 12 update to their smartphones without wasting time.

In this context, Samsung, one of the fastest-acting companies, started to update many models, including Galaxy A42, Galaxy A52, Galaxy Z Fold 3, Galaxy Z Flip 3, to the Android 12-based One UI 4 version, especially flagships such as Galaxy S21 and Galaxy S10 series.

The Galaxy M21, which is mentioned in the list of Samsung phones that will receive Android 12, finally got the expected update. According to SamMobile’s report, M21 users will also receive the April 2022 security patch, which fixes more than 88 vulnerabilities, when they install the Android 12 update with the M215FXXU2CVCC build number.

With the update, the Device Care mode has been redesigned, while the user interface of the phone has a brand new look. In addition to adding new widgets that it developed to make life easier for those who use the smart home ecosystem to the Galaxy M21, Samsung also improved system applications such as Bixby, Gallery, and Messages.

With Android 12, Galaxy M21 users will be able to quickly toggle the camera and microphone access of applications from the notification bar.

You can upgrade your phone’s software to Android 12 by going to Settings > Software update and tapping the Download and install button. If there is no update, you have to wait for a while.

Are you satisfied with Android 12? You can share your thoughts in the comments 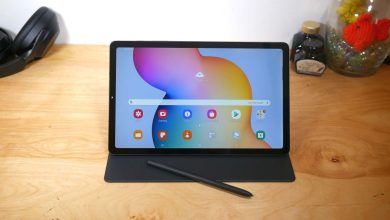