MIUI 13: Release Date, News, Compatible Models and everything we think we know about it 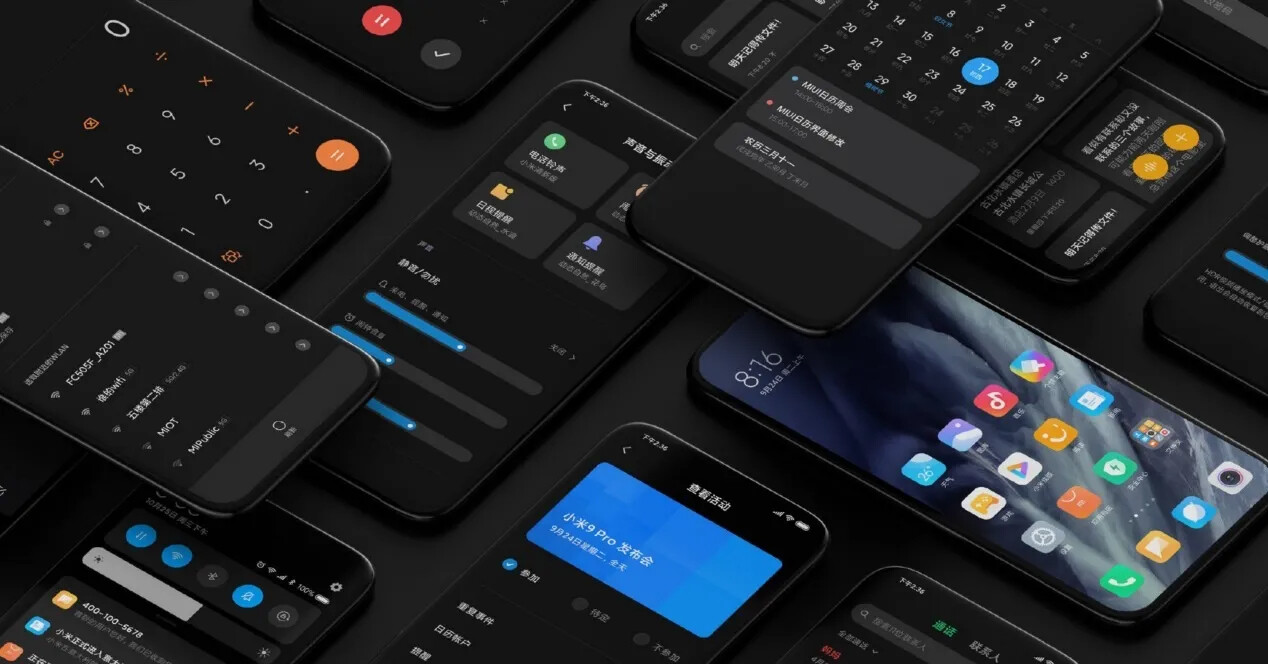 The new MIUI 13 interface seeks to correct and increase. Faced with older, more radical updates – does anyone remember the jump from MIUI 10 to 11? – MIUI 13 seems to play it safe, optimize to the maximum and provide the best possible user experience.

On the other side of the ring, we have MIUI 12, whose performance has not satisfied everyone. Quite the contrary. Some widespread complaints related to speed, battery drain, and menu preview irregularities are cast as an uneasy shadow, while the vast majority wait for the MIUI 12.5 update.

So well, this is all we know about MIUI 13: release date, news, and compatible models that will receive this revamped Xiaomi interface.

Which Xiaomi smartphones will be compatible with MIUI 13?

According to Gizchina and starting directly from an article published by a moderator of the Mi Community forum, more than 80 models distributed by Xiaomi would have the new MIUI 13 interface. This information was later denied by Xiaomi itself. As we indicated, the actual list of terminals that would receive (or not) the MIUI 13 update is still unknown.

Some of the most high-profile absences, as shown below, are within l a series mi 9 and Redmi 8 – not even the Pro model is saved -. We are talking about a family of terminals launched just over two years ago. And the same luck seems to run the Mi MIX 3 5G, a smartphone considered high-end that seems to fall short in terms of requirements, despite having hardware that is still very solvent today.

Below we show the complete list of smartphones eligible with MIUI 13 Update:

Xiaomi smartphones that probably will NOT receive MIUI 13 update

And, in terms of design, we start with a possible render of the interface of the new Control Center, which is renewed in an intuitive and simplistic way to provide more information in the same amount of space.

The information, leaked from the Weibo forums, would point to a Control Center grouped in two columns. Data that also matches this other leak from IT Home. 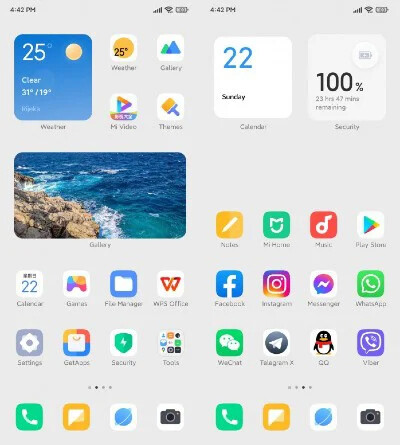 One left with the usual controls for WiFi, Bluetooth, screen brightness, and audio level. And, on the right, a new upper module that would include information on the number of steps taken, financial balance for the month, total hours of daily use, and the amount of free and total storage available.

As is typical with each new interface launch, we will surely see a handful of adjustments in the notification tree, in addition to the usual new themes and dynamic wallpapers that will replace the successful backgrounds of Earth and Mars, the so-called ‘ Super Wallpapers ‘.

MIUI 13 would also improve the one-hand management option – something that currently only has three-inch modes. and perhaps bet on rectangles with even smoother and rounded corners, as well as muted colors, following the aesthetics of the news leaked on Android 12 .

The management of icons would have four different styles of shape within a 4×5 grid, in addition to customization of color within the top menu, without the need to dive between the menus.

In addition, as it is already being spread through the latest MIUI Closed Beta – version V4.3.0.2 to be exact – the file manager changes completely. The new redesign offers a much more visual presentation, focused on the type of file and simplifying navigation. This novelty would only be, for the moment, available in the Chinese ROM and not in the global ROM.

These icons have been slightly revised to appear in more pastel tones and with a sharper design. On the other hand, within the security options of your storage folders, you can choose to show hidden files, as up to now, or opt for the option “do not show gallery items and screenshots among recent files”, such as and as the XiaoMIUI leaks indicate.

As for the new features, they would highlight:

What will be the main news of MIUI 13?

It is clear: one of the most outstanding novelties would be the arrival of a Desktop Mode. And one of its key advantages lies in the ability to open different tabs in Google Chrome, just as we would on any PC. 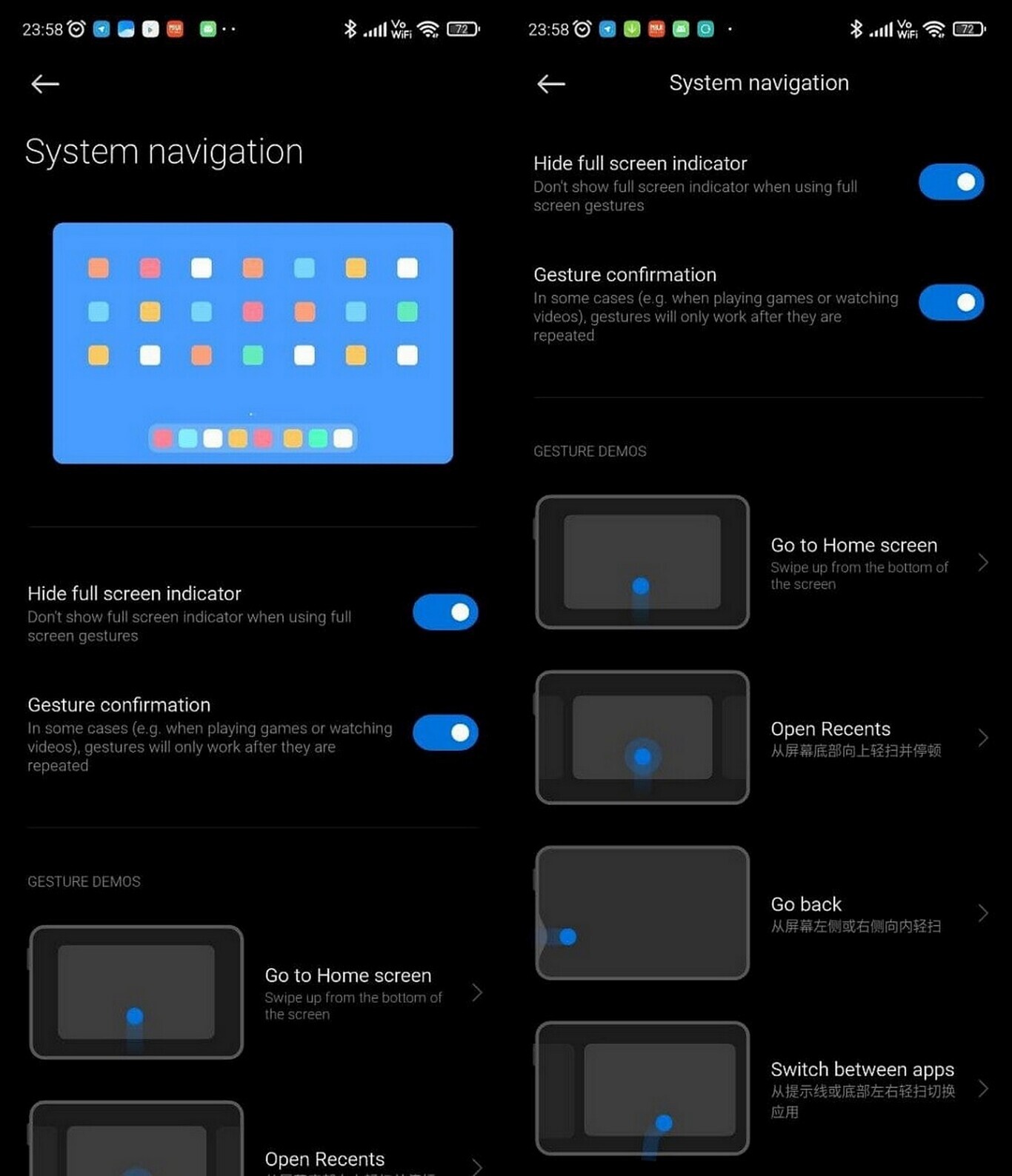 This mode would simplify communication between smartphone, tablet, and computer through icon control similar to iPadOS, but powered by Samsung DeX’s own work tools. That is the double screen, shortcuts, screenshots, document synchronization.

As we see in the image leaked by XDA-devs, both the hierarchy and arrangement of icons and the bottom dock are strongly reminiscent of the iPad operating system. However, it also adds a series of accessibility and multitasking functions such as the switch to switch between apps or a touch dragging from below to return to the home screen.

In addition, according to a changelog of the MIUI Cleaner application (version 21.05.26.beta) found in the latest version of MIUI, 12.5, Xiaomi would already be adapting all native applications of the operating system to the new generation of MIUI, modifying the garbage cleaning engine, fixing some already recognized problems, etc.

Other outstanding news that we have been getting to know thanks to different insiders would be: 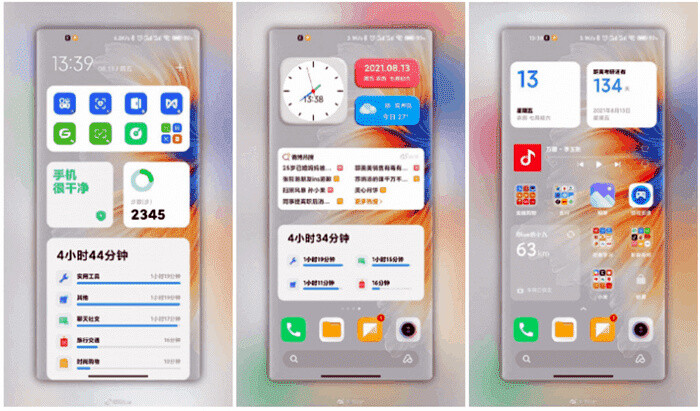 What release date does MIUI 13 update have?

The countdown has begun. There are already some terminals receiving the first beta of MIUI 13, so the launch is imminent.

However, we still do not have a specific date. Perhaps, if we look at our information collected during October. Or maybe we run into some delay. While the first rumors collected by MyDrivers and translated by the popular XiaoMIUI account pointed out that the official ROM would begin to be deployed in August, the latest data released by Lei Jun himself leaves no room for doubt: MIUI 13 will arrive at the end of 2021. Everything depends on the new Xiaomi 12.

The previous image corresponds to some statements published on Weibo, where Lei Jun responds to the five key points that will make up the annual speech that he will deliver on Tuesday, August 10 at 7:30 p.m. A good appointment to present the odd official image with which to quench your thirst for knowledge. 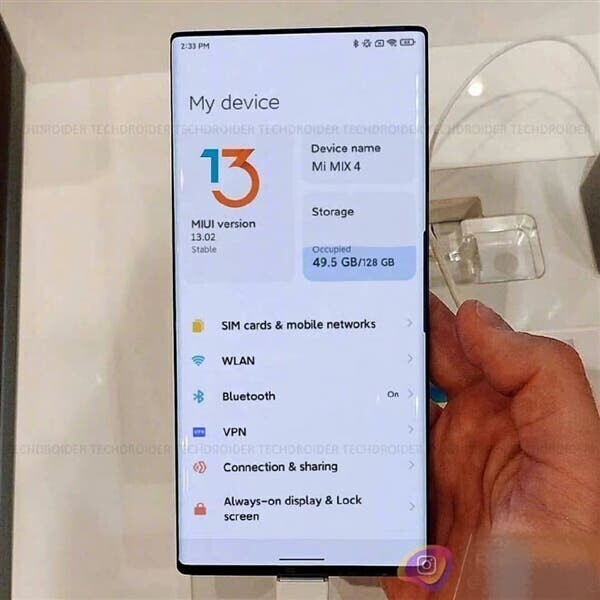 However, the actual release date remains unknown, and all this information should be taken with a grain of salt as it is not an official statement. As we indicated, Xiaomi has not given any possible official launch date and we do not have the final list of terminals prepared for MIUI 13.